This week we’re discussing native ads, is this the lifeline the press needs to arrest the ongoing decline in revenue?

The native ad market is growing at an exponential pace, blurring the lines between editorial and advertising. As a full service digital agency we use native ads to promote content, driving the reach we need to engage the right audiences. 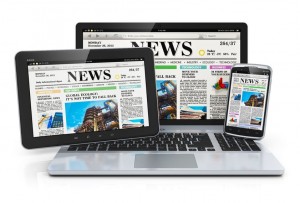 Santa’s big day is looming large and to marketers (and social media) that means Christmas promotions and the launch of the big retailers’ Christmas ads. Whether you’re a fan of Buster the Boxer, Kevin the Carrot or Waitrose’s Robin, there’s plenty of multi-million pound Christmas cheer to enjoy this year. 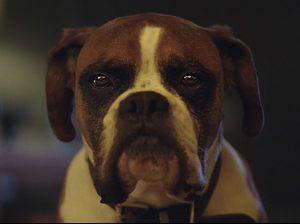 Buster was not happy with socks AGAIN!

But spend any time on social media at the moment, and it’s hard to miss another side of the Christmas advertising coin. Without going into the politics of 2016, I think we can all agree it’s been a tumultuous year and certain aspects of society, both positive and negative, have seen substantially more light of day than before.  Who or what is responsible for the shift that’s happening is not for discussion here, but the Stop Funding Hate campaign provides an interesting perspective on the responsibility (or lack of?) that big money advertisers have for supporting allegedly divisive newspapers by providing them with advertising funds. Add to this the rise in usage of adblocking technologies and the nose dive in revenue from more traditional digital advertising streams and you’ve got an industry looking at a high level of disruption and probably feeling rather shell-shocked.

So what, if anything, is the answer?

While it may not be a panacea, the emergence of native advertising in recent years has provided significant revenue streams, calming the nerves of executives and journalists anxious about the future. But is it enough?

There’s no denying the success of native advertising, brand-sponsored content that blends in with newspapers’ articles on their digital platforms. A study by IPG Media Lab revealed that readers spent as much time reading native ads as publications’ own content. And a survey by the International Advertising Bureau showed that 60 per cent of consumers are more open to online ads that tell a story than ones that simply sell a product.

Unlike old-style advertorials, native ads are written in an insightful, journalistic style. It’s content marketing par excellence, engaging readers with information that they want to read rather than barely concealed advertising messages. And its effectiveness as a marketing tool is well documented. A report by the Huffington Post indicates that native advertising generates up to an 82 per cent increase in brand lift, while native ads that include rich media boost conversion by up to 60 per cent.

Among the newspaper trailblazers in the world of sponsored content are the likes of the New York Times and the Guardian. Last year, the latter launched a branded content division called Guardian Labs, which it described as offering brands “bold and compelling new ways to tell their stories and engage with influential Guardian audiences”. It kicked off the venture with a seven-figure content partnership deal with Unilever, focusing on sustainable living.

But there are some within the world of publishing that are concerned about the path newspapers are taking, believing it undermines their credibility. And there are indications that the very success of the native ad formula could ultimately lead to its undoing.

Some worry that newspapers aren’t making a clear enough distinction between journalists’ stories and the sponsored content they publish, which risks eating away at their integrity and alienating audiences.

“You have to be very sensitive toward your readers and make sure your reader is very comfortable where they are, whether it’s commercial space or editorial space,” Tiffanie Darke, director of the new Creative Content Unit at News UK, told ClickZ “You don’t want to be tripping any of the readers up with content they don’t want to consume.”

Moreover, newspapers must stipulate that the sponsored content they publish conforms to the highest editorial standards. Respected American magazine The Atlantic found itself in the eye of the storm in January 2013 when it published a sponsored article by the controversial Church of Scientology. The post provoked a storm of criticism and was subsequently removed, with the title issuing an apology.

Increasingly, newspapers are taking heed, publishing native ads in their own sections or clearly indicating that they have been produced by a brand. Others insist that sponsored articles are written by the papers’ own journalists and that the advertisers have no influence over the content.

However, despite these efforts to introduce greater transparency, it seems more needs to be done. A recent US survey revealed that two-thirds of readers have felt deceived after discovering that an article or a video was sponsored by a brand. Publishers and brands must take note of such statistics, for while the native ad revolution is good news for both, they must guard against betraying the trust of their readers. And as all good marketers know, consumer trust is everything.

What’s emerging, then, is that there’s a huge appetite for sponsored content on newspaper websites. But publishers cannot afford to get complacent about disclosure and editorial issues. And brands too must not allow their standards to slip, always ensuring that the stories they want to tell are the ones that will resonate with their audiences.